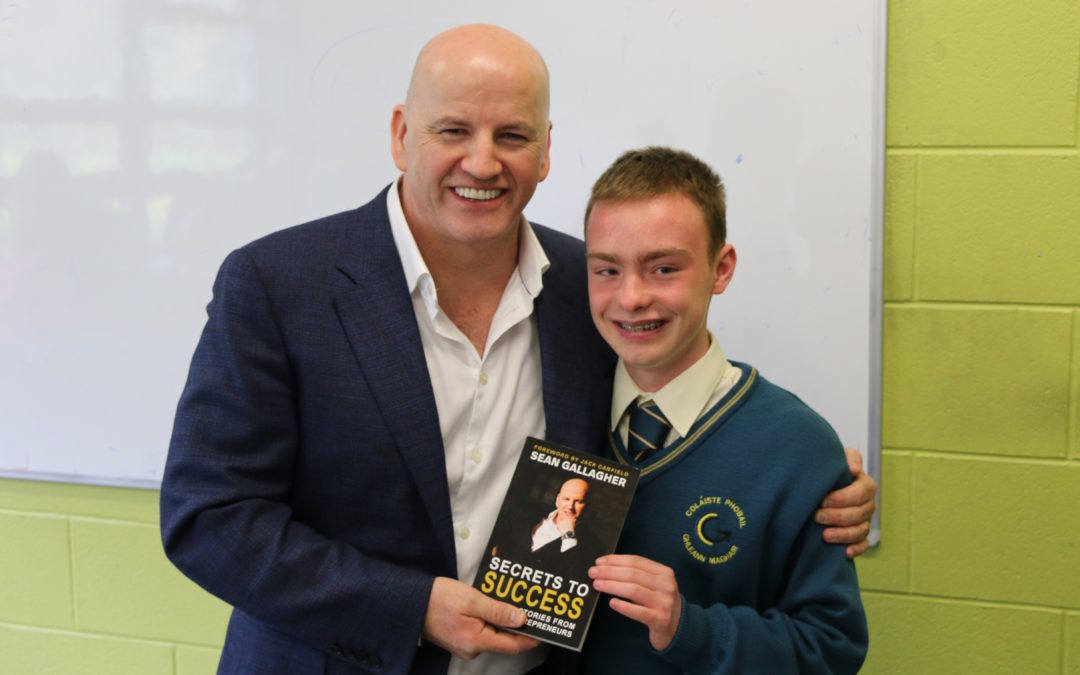 Glanmire Community College had the great privilege of welcoming well-known business-man Seán Gallagher to the school on Monday 4th November.

Seán had very kindly offered to visit Ms. Collins’ 3rd year business class as special surprise for one of the students. Last week, when Ms. Collins introduced CBA2 (an individual presentation focused on an Irish business leader or an entrepreneur of the student’s choice) to her class, Stephen Callaghan immediately decided that his idol, Seán Gallagher would be the subject of his project. With help from his Mum Ber, Stephen managed to contact Seán and his wife Trish. Seán was so impressed by Stephen’s resourcefulness that he decided to visit him personally, along with the rest of the  class.

Seán has mentored hundreds of startups and emerging entrepreneurs over the last 20 years. He has founded several technology, consulting and commercial real estate companies. A very popular keynote speaker and business writer with the Sunday Independent, Seán also featured as an investor on the TV series, Dragon’s Den and he was runner-up in the 2011 presidential election.

On his arrival at the school, Seán was met by Ms. Cahill, Ms. Collins, and Ms. O’Sullivan along with Stephen’s parents, Ber and Owen. There was great excitement as he made his way to surprise Stephen and his classmates. Seán very kindly presented each student in the class with a signed copy of his most recent book “Secrets to Success”. He spent the class period talking with the students about his thoughts on entrepreneurship, what it means to be successful, and being happy in life. He delivered a strong message to everyone to be grateful for what we have – emphasising that we should thankful for every day that we can get out of bed and walk, hear and see and enjoy the world around us.

A big thanks to Seán for his inspirational talk and for his generosity with his time. It was a honour to host such a special visit. He has also kindly offered to do an interview with Stephen next week to help with the completion of his original CBA2 project assignment. 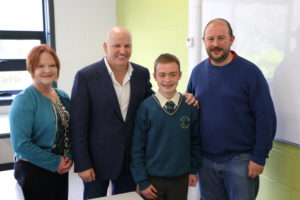 Sean with Stephen Callahan and his proud parents Ber & Owen 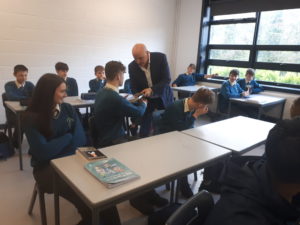 Sean handed out all students a signed copy of his book